Villainumbria.com mediates between Italian house owners and foreign tourists who are looking for a holiday accommodation in Umbria. To give the best advice possible to our clients, we visit every holiday home, are familiar with its surroundings and we personally know the owners. We constantly review and update our website villainumbria.com and try to supply as much information as possible.

The owners themselves obviously do their best to accommodate their guests and make them feel at home. Thanks to this collaboration with the owners Villainumbria.com has established pleasant and confident relationships on which our clients can build.

Every client who books with us receives online information about the house and about Umbria after the downpayment has been made. This information has been collected by Villa in Umbria, because living in this region, we have come to know it well.   In case of problems during their stay, our clients can always call us. We keep in touch with the owners and will inform them straight away, so that they are able to solve the inconvenience for you. We know all property owners personally and fully trust them, but something can always go wrong. We will help you communicate with the owner so that any inconvenience will be resolved as quick as possible. 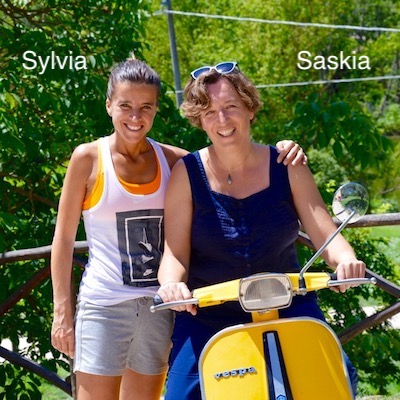 The owner of Villa in Umbria is Saskia van der Bolt.

Born in 1969 in the Netherlands. Graduated in Law at Maastricht University where she also finished her Master degree in European and Comparative Law. After an internship at the European Parliament and some short jobs in Holland, she packed up and left for London. For almost 3 years she lived here and worked as a project and account manager for a local company Freedman International. During a holiday at Lake Trasimeno in Umbria, she met the love of her life and hardly half a year later left London for Italy in July 2000. After some local jobs, she started working for the short term rental company La Navicella where she stayed for more then 4 years. In October 2007 she started her collaboration with Villa in Umbria. She lives together with her partner and son in the house they built themselves in Tuoro sul Trasimeno.

Born in 1976 in the Netherlands. She worked as a secretary at the Erasmus hospital in Rotterdam and for OC&C Strategy Consultants also in Rotterdam. She fell in love with Italy and Umbria when she visited Montefalco in the late nineties. In 2003 she decided to change her life and started traveling in Italy from North to South. She studied Italian in Venice, Rome, Naples and Palermo. After a break in the Netherlands where she actively participated in the Dante Alighieri association of Rotterdam promoting Italy in the Netherlands, she packed up and went for a life in Italy in 2009. She worked in Val di Fassa - Trentino, in the Cecina area - Tuscany and started her collaboration with Villa in Umbria at the end of 2013.

Sylvia also has her own blog: sylviaitaly.com

Villa in Umbria on social media

Villa in Umbria is present on several social media platforms. Follow us to get updates on events in Umbria, discounts, or just enjoy the many pictures about Umbria we share here.

Read our blog to get some inspiration on what to do in Umbria.

Tweets by villainumbria
Loading...
Upps!
You're running a web browser we don't fully support. Please upgrade it for a better experience.
Our site works best with Google Chrome.
How to upgrade the browser